Users of Android-based devices may encounter problems during the activation of their Google account. If a user can’t pass authorization, they have probably encountered the so-called Factory Reset Protection function. To activate the device and continue using it, you must reset FRP. How to accomplish this without damaging your smartphone?

What is FRP Used For

The abbreviation stands for Factory Reset Protection. This feature first appeared in Android 5.1.

Bypass Samsung Core Prime SM-G361H Unlock FRP Method: 1. First download SideSync software: SideSync for Samsung and install it into your PC. Open SideSync and then connect Galaxy Core Prime SM-G361H phone with USB data cable to the PC. Just after connection it will show you 3 options on your mobile screen “Galaxy apps, Chrome, Internet. No doubt it a good feature to avoid misuse of the device. But somehow many users have forgotten their Google ID & Password after the factory reset. So, if you also facing the FRP lock issue on your phone then here in this tutorial I will guide you to Samsung A01 FRP Bypass Unlock SM-A015F/G/M Google Account without PC very easily. OR (if phone show 'Insert Correct SIM Card') 1 - Switch ON your phone with a not Accepted SIM Card, 2 - Compose: #0111.CODE#. 1 - Switch ON your phone with an unaccepted SIM Card, 2 - The Phone will then ask for the Code or Password. 3 - You can now enter the Unlock Code we sent to you. Step 3: Trouble Shooting. 1) Wait The 90 Days - Actually, you should know first that MetroPCS does not count the extra day in the months with 31 days as part of the 90. /B In other words, if you bought your phone on the 10th of one month say, you have to wait for the 10th to come around again 3 months later. 2) Try Unlocking The Device - Go to the 'Device Unlock' app. With these steps, you can bypass frp on Samsung using the dr.fone software: Step 1. Download dr.fone and select 'Screen Unlock' on the home page, using a USB cable, plug your phone to the computer.

As most people know, the developers of the operating system are trying to protect the smartphones of their users. To this extent, FRP doesn’t allow a person that stole a mobile device to activate it for further use. That is, when trying to reactivate the device, the attacker will see a message on screen stating that the smartphone only supports the owner's Google account.

Of course, Factory Reset Protection is a useful feature. However, problems with activating a new account can also occur with a person that bought a used smartphone. In this situation, there is no theft involved. Still, the buyer doesn’t have the option to activate their account.

How to Bypass FRP on Samsung GALAXY Core Prime SM-G360H

Unfortunately, the problem with activating a new Google account occurs quite often when the smartphone is purchased used. There are 2 ways to resolve the issue:

These names are rather arbitrary. Still, they adequately explain what operations the user will have to perform. In the first case, the user must contact the previous owner of the smartphone to reset their Google account. In the second option, FRP bypass occurs by its own means without using the data of the previously established account.

This method is used under the assumption that the current owner of the Samsung GALAXY Core Prime SM-G360H smartphone has the means to contact its previous owner. To officially reset FRP, you will need the previous Google account data: the linked email address and password.

If everything is done correctly, FRP will be reset and the corresponding device will be unlocked. After rebooting the smartphone, you can enter your Google account data.

There are several ways to bypass the Google Account on Samsung GALAXY Core Prime SM-G360H without having email and password information.

Whichever reset method the user chooses, it will be possible to enter the details of a new Google account after restarting the device. The FRP function should be disabled.

What to Do if Nothing of the Above Worked

All people buying smartphones used are advised to ask the previous owner for documentation. This will help you bypass FRP without having to tamper with your mobile device.

If it’s not possible to find the data of the old account to disable it, you visit the store where the device was first purchased. The info is indicated on the receipt or warranty certificate. If you visit the store, you will need to take all the documents that come with the smartphone. The telecom store employee will help you with Factory Reset Protection. If the previous owner sold the phone without its packaging, your only option is to use the unofficial reset methods. 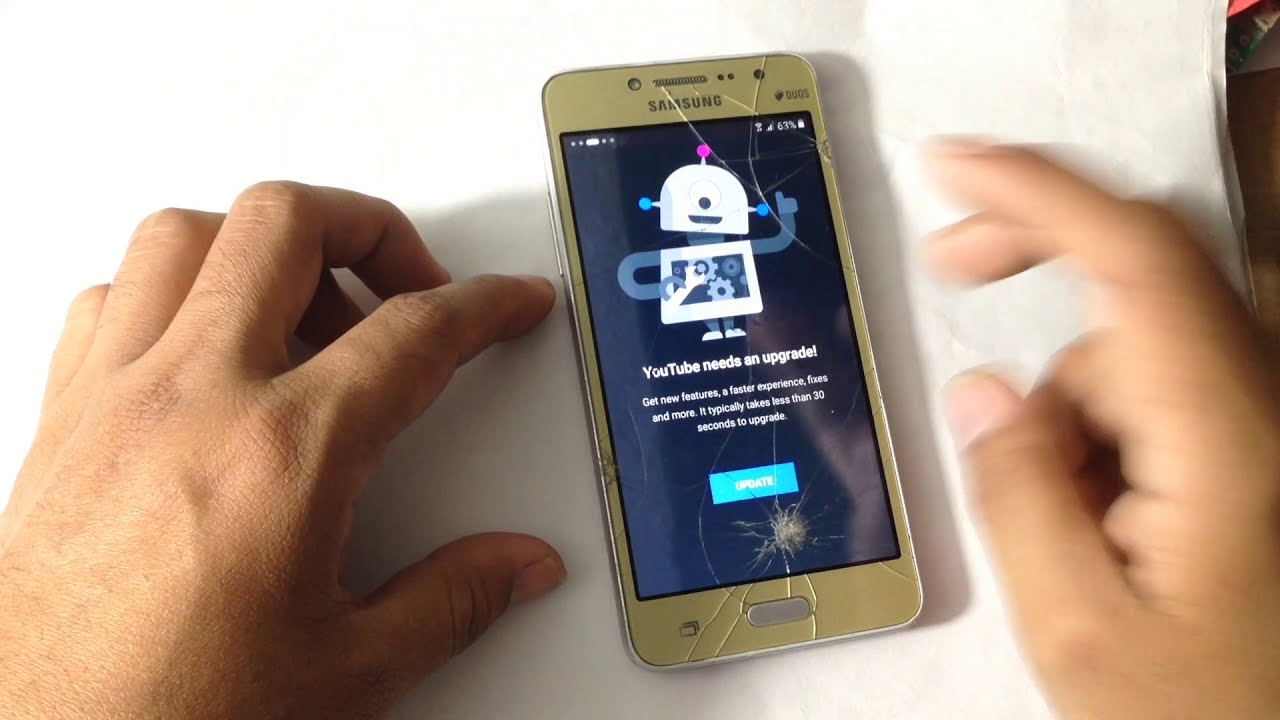 How to unlock my Samsung G360T Galaxy Core Prime for FREE?

If you want to get the unlocking code for your Samsung G360T Galaxy Core Prime, we recommend you to contact to the original carrier, it is the only way to acquire the unlock code (network PIN) completely for free, you must end the contract and you must be the device owner.In these cases, it is very difficult to acquire the free unlocking, so Movical.Net can get you the same unlock code in record time.

The easiest way to unlock a G360T Galaxy Core Prime is to get the official unlock code thanks to our Samsung servers, when you put SIM cards from other network providers, the phone will require the unlock code, if you want to get it in a few hours, order it and we will send it to your email.

It should be noted that to unlock a Samsung device, sometimes, the unfreeze MCK code is required (if the attempts are exhausted, so the mobile phone will show - SIM network PIN blocked. Enter SIM network PUK - ) or could be necessary the regional code RGCK (if you are going to use the mobile in another continent or region), in our company we also provide these unlock codes.

Certainly not, our unlocks are official and forever, you can update Android without any problem.

Where could I use my handset?

Why doesn't my G360T Galaxy Core Prime allow me to make calls?

This is frequent when an IMEI is reported in blacklist for unpaid bills or theft. To solve this problem, you must call the carrier that reported the blacklist.

How to unlock a Samsung G360T Galaxy Core Prime if it doesn't prompt for the unlock code?

The United States AT&T, Cricket, metroPCS and T-Mobile carriers can lock the G360T Galaxy Core Prime and do not request the SIM network unlock PIN because they lock the devices through an application called Device Unlock, this app is already installed on the mobile phone. Once your order the unlocking, our server authorizes it, simply running the application and pressing the Permanent Unlock button.

A Samsung from Sprint, Verizon, Tracfone, Boost Mobile, StraightTalk or Simple Mobile from United States will not prompt the network unlock PIN, because these phones have a blocked firmware with the carrier. Our company solves this block and removes this restriction, but it has to be unlocked with a program on the PC and our technician will help you remotely.

We can unlock any Samsung G360T Galaxy Core Prime version