Rodin Eckenroth Getty Images. Tana Mongeau got called out for over editing her pictures from the People's Choice Awards. Tana Mongeau loves to Facetune and she has never been afraid to admit that.

My purpose in this blog is to venture into the topic of how the standards of beauty in society have affected women and explore whether it has improved with time or whether women still feel the expectations placed on them are still too unobtainable to achieve. As a woman, this topic affects me significantly, and I know it has affected other women I know, and even those I don't. The constant worry of being judged for how you look can be very exhausting for women, and while steps have been taken over the years to alleviate this, I wonder if it has changed at all. While we are more accepting of women coming in all shapes, sizes, and colors, why are women still being judged about their looks? Women are judged for gaining weight, losing weight, they are shamed for modifying features, but who put that insecurity in their minds in the first place?

Before delving into this whole issue, it is essential to define what both body image and beauty standards are.
According to the National Eating Disorders Association, body image is 'how you see yourself when you look in the mirror or when you picture yourself in your mind.'
According to a book called The Kaleidoscope of Gender: Prisms, Patterns, and Possibilities, they define the female beauty ideal as 'the socially constructed notion that physical attractiveness is one of women's most important assets, and something all women should strive to achieve and maintain.' While this definition is about women specifically, this idea of beauty ideals or standards pertains to both men and women of all ages.

When researching this topic, while there are a lot of articles contributing women's issues with body image to traditional media, as of late, there is also a rise of articles discussing how social media is now negatively impacting women's body image as well.
According to the National Eating Disorders Association, 'Numerous correlational and experimental studies have linked exposure to the thin ideal in mass media to body dissatisfaction, internalization of the thin ideal, and disordered eating among women.'
According to a 2019 report from the Mental Health Foundation, 'Our survey found that while 21% of adults (23% of men and 19% of women) felt satisfied because of their body image in the last year, 20% (15% of men and 25% of women) felt shame, 34% (25% of men and 43% of women) felt down or low, and 19% (12% of men and 26% of women) felt disgusted in the last year because of their body image.'
More recently, however, we have begun to see things improve in traditional media and advertising to be more inclusive to all different kinds of women from different walks of life. For example, Aerie's #AerieREAL Role Models on the right.
So if things are getting better in that aspect, why are women still feeling this way?
In an article by Rebecca Huntley for ABC Life, they talk about a research project they conducted with women within the range of mid-teens to early 20s, they found that 'young women welcomed the focus on more diverse and 'healthier' attitudes to women's bodies in the media and society at large. That being said, they thought such attempts were mostly swamped by the intense and relentless pressure to look a certain way, exacerbated by social media.'

Nowadays, the toxicity of social media and the picture-perfect lives certain people portray are now leading women to feel dissatisfied with themselves and their lives. 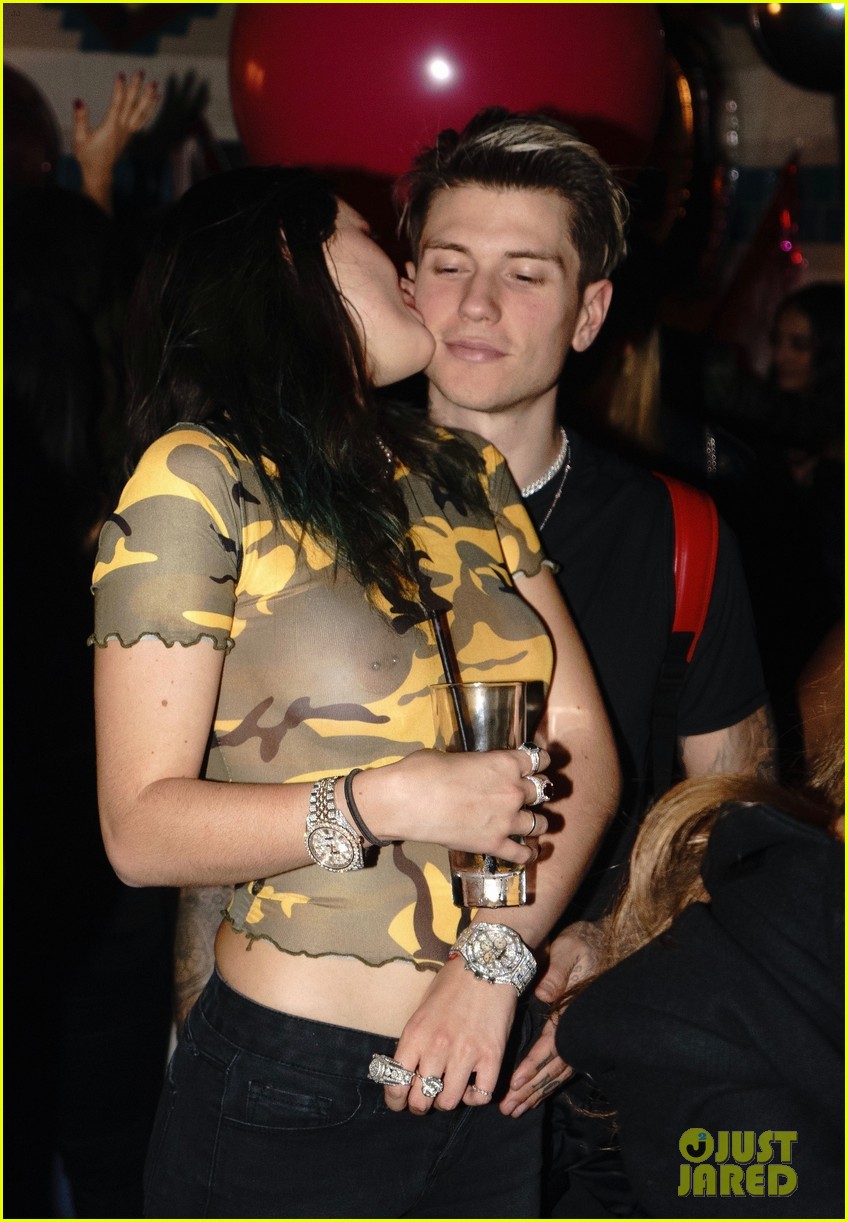 The same ABC Life article says, 'The young women knew the perfect images on social media are carefully chosen, edited, filtered and adapted to produce the best possible results, that it is a skewed version of reality. However, this understanding doesn't lessen the impact those images have on their perception of their own bodies.'

This is especially exacerbated by the fact that many influencers on social media heavily edit their images with apps like Facetune sometimes to the point where they have entirely warped themselves into a different looking person. For example, Youtuber Tana Mongeau, who completely changed this photo of herself from Getty Images with Facetune to post it on her social media. This image was met with a lot of criticism because the editing was obvious. Still, then again, images like the next one of a plus-size model advertising a razor were met with cruel comments on Twitter, as seen in this picture from an article from Daily Mail reporting on it.

Why This Topic is Important to Me:

This topic is important for me because I am not society's conventionally attractive woman, and I think the idea that women have to change themselves to fit society's mold is very harmful to all women. For many years I felt awful about how I looked, and it's something I continue to deal with to this day. While I kept this blog specific to women because I am a woman, it's also important to acknowledge that men deal with society's beauty standards as well, and it is imperative to try and leave these standards behind and embrace everyone's differences. There is also a conversation to be had about social media and its impact on all people but especially on the young people growing up in this new generation looking up to a false idea of what a person's life is and how they're supposed to look like. A lot of people growing up today lack confidence and are extremely self-conscious about the way they look and the way they act, and something has to be done about that.

James Charles faced his first major backlash after joking about Ebola in February 2017.

On February 16, 2017, James Charles posted a now-deleted tweet in which he joked about contracting the Ebola virus while visiting South Africa. He shared the tweet shortly after being named CoverGirl's first CoverBoy.

'I can't believe we're going to Africa today omg what if we get Ebola.' 'James we're fine we could've gotten it at chipotle last year'….' Charles said on Twitter, according to The Cut.

Twitter users were quick to criticize the then 17-year-old, and called his message 'stereotypical and degrading.'

According to Seventeen, Charles also began to block users who called him out, and shared a tweet in which he seemingly told himself to 'block and move on james block and move on.'

The makeup mogul later said on Twitter that he was 'extremely sorry' for his tweet, and was 'aware' that his message was 'extremely offensive and degrading.' He also referred to the continent of Africa as a country.