In this short tutorial I'll show how to run Lua programs from C and C++ and howto expose functions to them. It's easy!

C (Cpp) runlua Examples. C (Cpp) runlua - 3 examples found. These are the top rated real world C (Cpp) examples of runlua extracted from open source projects. You can rate examples to help us improve the quality of examples. Programming Language: C (Cpp) Method/Function: runlua. Examples at hotexamples.com: 3. AddThis Sharing Buttons. In video game development, Lua is widely used as a scripting language by game programmers, perhaps due to its perceived easiness to embed, fast execution, and short learning curve. In 2003, a poll conducted by GameDev.net showed Lua as the most popular scripting language for game programming. On 12 January 2012, Lua was announced as a winner of the Front Line Award 2011 from the magazine.

Update: The code in this post has been updated for Lua 5.2.4. I haven'tchecked if the Lua 5.3 C API is backwards-compatible with 5.2. All the codehere is available on GitHub.

The first program will just create a Lua state object and exit. It will be ahybrid between C and C++. Since the two languages must include different files,we need to discern between them by checking for the existence of the__cplusplus macro.

Notice that I'm being explicit about which version of Lua I'm using in thecode. If you trust that the Lua developers care about compatibility, you canjust #include <lua.hpp> and so on directly.

The purpose of the program is just to make sure that we can compile, link andrun it without errors.

You need to let the compiler know where it can find the include files and theLua shared library. The include files are usually located in/usr/local/include and the library files in /usr/local/lib. Search yoursystem directories if needed. To compile the above program, pass thedirectories with -I and -L, respectively.

You may swap out g++ with llvm-g++, or just c++, depending on yourcompiler. If you're using a C compiler, use gcc or llvm-gcc — butremember to rename the file to first.c.

Now try to run the program to make sure it doesn't segfault:

This one worked just fine.

Executing Lua programs from a host

The next step is to execute Lua programs from your C or C++ code. We'll createthe Lua state object as above, load a file from disk and execute it.

You can reuse the compilation arguments from above:

Let's test this with some Lua programs. The first one prints the Lua versionand exits.

You may want to double-check that it works by running lua hello.lua. It maynot be important for this trivial program, but can become important when youtry more advanced ones.

Now try it with runlua:

You can even run bytecode-compiled programs:

We should also check that the error handling works. Put some garbage in a filecalled error.lua, for example

It gets very interesting when Lua programs call back to your C or C++functions. We'll create a function called howdy that prints its inputarguments and returns the integer 123.

To be on the safe side, we'll declare C linkage for the function in the C++version of the program. This has to do with name mangling,but in this case, it really doesn't matter: Lua just receives a pointer to afunction, and that's that. But if you start using dynamic loading of sharedlibraries through dlopen and dlsym, this will be an issue. So let's do itcorrect from the start.

Copy the above program into a file called callback.cpp and add the howdyfunction.

We have to pass the address of this function to Lua along with a name. Put thefollowing line somewhere between the call to lua_newstate andluaL_loadfile:

Compile and test it

I told you it was easy!

Read the Lua C APIReference. You've learned enough now to get going with it. Did you see mynote about clearing the stack in howdy? You may want to investigate that.

Find out how to integrate Lua closures with your C functions.

If you want to hide or catch console output from Lua, you need to figure thatout as well. I once did it by trapping io.write(); I copied its code fromlualib.c and changed io_write to point to my own function. There isprobably a better way to do it, though. Doing so is useful for things like gameprogramming.

I also strongly recommend to try out LuaJIT.Calling into your functions there is even easier, using LuaJIT's foreignfunction library. I'll write a blog post on how todo that as well. In short, just create ordinary C functions, compile as ashared library, copy their signatures into pure Lua source code and hook themup with LuaJIT's FFIlibrary.

LuaJIT runs between 10-20 and up to 135 times faster than interpreted Lua, soit's definitely worth it.

The lua source can be found at the lua website here. We'll be using the latest version, 5.2.3 (though other recent versions of Lua will behave similarly).

Once you have the latest lua source, it's time to build it. (Yes, you could just download header files and the .dll, but what's the fun in that? When available, it's always better to have the source, that way you can see how things are really working -- and you can debug more easily). Using visual studio:

You now have a project that you can add to any solution that needs lua. Once you have added the lua project to your game, you need to do a few more steps:

Once we have build Lua, and set up our project dependencies correctly, we are ready to use in on our application,

First off, we need to include the proper header files. Since Lua is ANSI C, if we are coding in C++, we will need to enclose the #includes in extern 'C':

Everything that we need to mantain the current state of the interprer (all global tables, etc) is stored in a variable of type lua_State. The first thing we need to do is create an initial state (essentially, an instantiation of the lua interpreter), which is done by the call:

Every time we want to access the interpreter, we need to pass in this state variable. We can actually have as many instances of Lua state variables as we like (for instance, if we wanted to run separate instances of the interpreter on separate processors, or we wanted different scripts to have different global namespaces), though typically people just use one instance of the interpreter that all scripts use. The global tables in this state variable contain all 'core' functions, but none of the libraries. The libraries contain a bunch of important functions -- including everything in math, and i/o functions like print -- so we'd like to load them. We can load libraries with the call:

So, now we have the skeleton of a main function:

We are ready to start using lua!

We will start with the simplest way to use lua -- have the interpreter execute a file. This is functionally equivalent to the dofile command from within lua (and unsurprisingly, has the same name!). To execute the file 'test.lua', we can use the call:

So, if we use the following myFile.lua: when the command luaL_dofile(L, 'myFile.lua') is executed, the following will be printed out

Note that the dofile command not only computes these values and prints them out, it also adds the fib function to the global namespace of our lua enviornment (stored in the C variable L).

We can also call lua functions directly from C/C++, and get back the return values to use in our C/C++ code. To call a lua function we:

Let's take a look at how we might call the fib function defined in the previous section to find the 13th Fibonacci number: 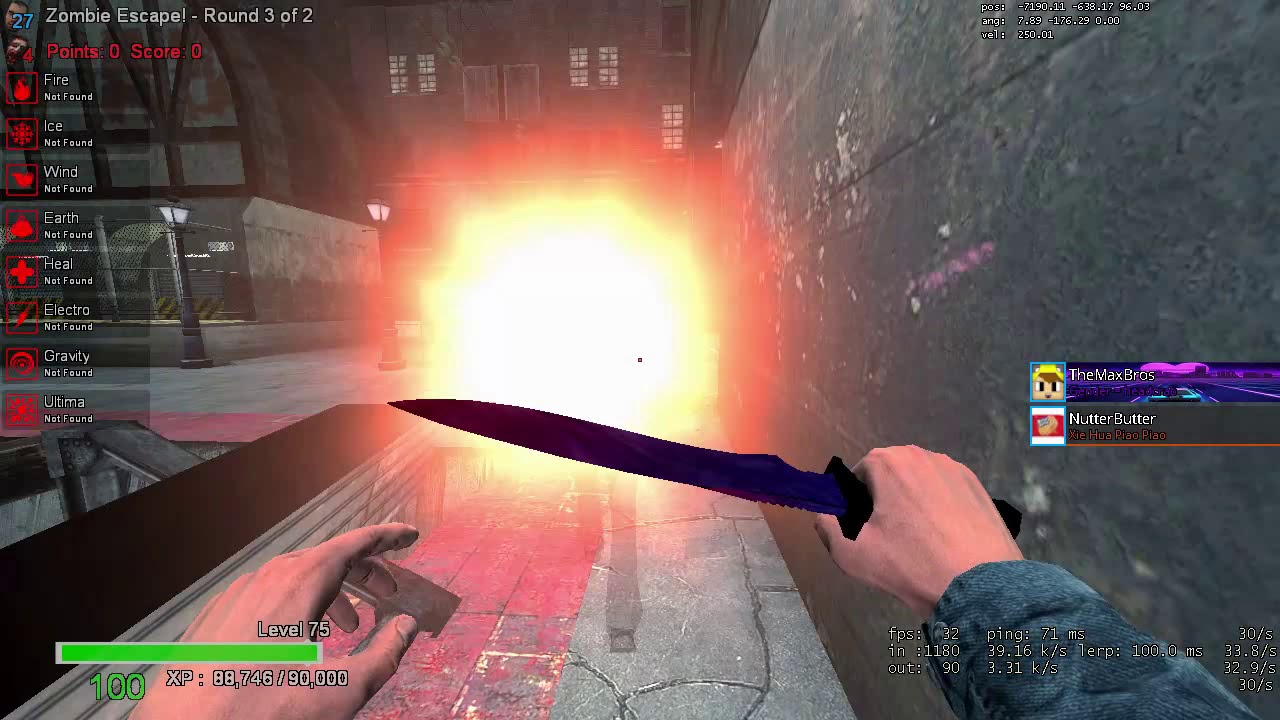 Let's look at a second example. Assume that we had defined the following lua function add (that we could define by calling lua_dofile):

We could call this function to add from C/C++ with the code:

So now you could write scripts that you can call from your game engine. However, these scripts won't be very useful if they can't interact with your game objects -- you need a way for your scripts to affect the game world. To do that, you need to be able to call C/C++ functions from lua. Since Lua and C++ have very different conventions for how functions are called, there is a little bit of wrapper work that needs to be done. First, write a C function that takes as input a Lua state variable (the parameters for the function will need to be extracted by hand from the lua stack -- this is slightly tedious, but not too difficult.) Then, the function will need to be registered with lua.

Step 1: Writing a C function that Lua can call

Let's look at a slightly more complicated C function. We can write C functions that takes a variable number of parameters, and returns more than one return value. While the previous function assumed that we were passed in two parameters, we can instead query the lua state to see how many parameters were actually passed into the function. The number of parameters is stored on the top of the stack, which can be accessed by a call to lua_gettop(lua_state *L). Let's look at a function that takes in multiple parameters, and calculates the sum and average of all parameters that were passed in:

Once we have written the function, we just need to register it with lua. That is, we need to add the name of the function to the global lua namespace, and provide a pointer to the function so that lua cal access it. There is a helpful macro for this: lua_register(lua_state *L, const char *name, functionPointer fn). So, to register the above two functions:

This part is easy -- once the function is registered, lua can call it like any other function.

So, the complete round trip is:

We can also send a string straight to the lua interpreter, and it will be executed just as if that string was in a file that was executed with a dofile. So, we could do something like:

and we would get the output:

We could thus create a braindead interpreter as follows:

Note that this would not work at all in a game environment! We will look at how to embed a command-line lua interpreter within a game next time. For now, this is enough for us to play around with a bit.

Now we are ready to get our fingers dirty!