Lewis takes a chance for a new life in the form of his best friend, and is met with the startling realization of what happens when Vivi sees a spirit possessing her friends. Words: 1997, Chapters: 1/1, Language: English. Series: Part 30 of MSA one shots. Fandoms: Mystery Skulls Animated. Ask The Mystery Dorks! //I actually forgot I did draw a Lewis not too long ago out of boredom so I mean. You can have this too! Again, don’t repost, this is my art : ( (This was posted on my insta originally, Monteledore) like. In a flashback from ' Ghost ', when the Mystery Skulls explored the cave one night, Rev possessed Arthur and slowly took over the left half of Arthur's body. He then forced Arthur to push Lewis over the cliff to his death. However, before the possession was complete, Mystery tore Arthur's arm from its socket and trapped Rev inside it. See a recent post on Tumblr from @thecrossregionnuzlocker about mystery-skulls-animated-lewis. Discover more posts about mystery-skulls-animated-lewis.

Art digital art msa mystery skulls mystery skulls animated lewis pepper paprika pepper drew this at like 3am like a week ago cuz i was thinking about lewis meeting his sisters again idk why he's wearing a hoodie either i didnt feel like drawing his suit i had tired brain anyway i love paprika babey nebbie's sketchbook.

A gift story for BBPRIMEFAN101, who owns Chartreuse (Rue) and kindly gave me permission to use her in this story.

This story takes place after the Mystery Skulls animated music video 'Ghost'. The song 'Ghost' belongs to Mystery Skulls. Lewis, Vivi, Arthur, and Mystery belong to MysteryBen27 on Youtube. I own nothing.

Mystery Skulls: You're Not Alone Anymore

She groaned again before falling unconscious again, the last moments of her life flashing briefly in her mind before her mind went blank.

She felt something rest gently on her face and she opened her eyes a little before opening them a bit wider and sitting up, scrambling back a bit at seeing the purple ghosts that were around her. They looked at her and floated away from her, to her surprise. She went to stand up and noticed her dress looked differently. It was black with green vertical lines running down it and she noticed her hands and arms were clothed in black with bones on the outer part of the sleeves and her hands and she noticed she was wearing black boots with green polka dots.

'You shouldn't move too much,' said a voice and she looked to see something that she hadn't ever seen before, but scared her all the same.

A tall figure had just entered the room and she saw he was a skeleton that was missing the lower half of his skull and was dressed in what looked like a tuxedo with a purple tie, complete with black shoes and black gloves. His pink eyes and hair caught her attention along with the beating gold heart on his left lapel.

Seeing him coming closer, she screamed and stood up quickly, but she found herself floating and panicked, trying to stand on the floor.

'Careful,' said the tall figure as he saw her lose energy and fall down on the bed. He came up to her but saw she was terrified of him.

Lewis blinked in surprise before seeing the younger ghost's eyes widen. 'Wait,' she said. 'A truck.'

'A ghost?' She asked and the mirror nearby revealed her reflection. She looked just like him, only with long green hair and green eyes. She saw the black dress more clearly now along with the green vest she wore and the three ribs on either side of her, just like the pink-haired ghost beside her. She even had a beating heart, only it was a light purple. She shook her head as she began trembling and felt two strong arms come around her.

'Vivi heard the news story and she, Arthur, and Mystery investigated and found your body and your ghost form wasn't too far away. They brought you here,' he said.

He saw tears falling down her skull face and he let her cry into his shoulder.

She was trying not to cry, but that was hard as she thought about what happened and that she, just a young teenager, was now dead. She clung to the pink-haired ghostly skeleton, who patiently let her cry. 'Who-Who are you?' She hiccupped as she tried to catch her breath and stop crying.

'My name is Lewis,' he said as he rubbed her back and she took a deep breath, feeling better and giggled when his finger stroked over her cheek, making him chuckle a bit. 'And you, little one?'

'Rue,' she said. 'Short for Chartreuse.'

A Deadbeat came up to her, making her gasp, but the small ghost seemed very curious about her and she felt another one nuzzle her shoulder. 'Seems my Deadbeats like you, Rue,' Lewis said in amusement.

Rue was holding one of the Deadbeats in her arms and it snuggled into her shoulder, smiling. She felt tears come back and the Deadbeats looked at Lewis in worry, but he was confused as well. 'Rue, it's alright,' he said.

She looked up at him and he could see she was upset over something. 'What's wrong, Rue?' He asked her, holding the left side of her face comfortingly in his right hand.

Rue looked up at him, tears still streaming down her face. 'I'm alone,' she said. 'I don't have…anyone, unlike you.'

Lewis looked confused before seeing how she was looking at the Deadbeats and then understood. 'You mean, because I have the Deadbeats?' He asked.

She nodded and looked sadder as a few Deadbeats cuddled into Lewis' shoulders and he hugged them. He then pulled Rue into another hug. 'Rue, you're not alone,' he said to her gently.

The Deadbeats surrounded Rue and she felt them hug her and she was surprised. 'They don't like seeing tears,' he explained.

'Why not?' She asked in curiosity, feeling a couple leftover tears fall from her eyes and felt him gently brush them away.

'I'm not sure,' he admitted. 'Probably because I cried a lot when I found myself as a ghost too.'

The green-haired girl let out a small sigh and her shoulders drooped before she saw Lewis hold his arms open to her and she let him hug her and her eyes caught sight of the pulsing gold heart he had and she glanced down at her light purple heart and seeing it pulse like Lewis' made her smile a little. 'This kind of puts a new twist on 'kindred hearts' huh?' She asked.

Lewis chuckled. 'Yes, it does,' he said. 'Feeling better?'

She yelped when the taller ghost picked her up. 'Hey!' She said. 'I'm just a ghost, not crippled.'

He chuckled again as he carried her out of the room and her green eyes got bigger. 'Um, is this…your home?' She asked.

'Yes, and yours too,' Lewis said to her.

'Because I don't want you to be alone like I was when I first became a ghost, Rue,' he said. 'I didn't deal with it well until my friends found me again and we had a chance to mend our friendship.'

He nodded. 'Yes, Rue. You're not alone anymore,' he said.

Rue waved to Vivi, Arthur, and Mystery as they came inside the mansion. 'Hey, guys!' She said happily.

'Hey, Rue,' said Arthur with a smile as he felt the green-haired ghost hug him. Vivi also accepted a hug from the ghost girl too.

'What's Lewis up to?' The blue-haired girl asked.

Mystery gave her a knowing look and she giggled. 'I'm serious. I really don't know,' she said.

Something tackled her suddenly. 'Whoa!' She cried out before giggling when she felt fingers poking her ribs and sides.

'Did you forget, Rue?' Lewis asked with a chuckle as he tickled the younger ghost. 'I always get my ticklish revenge on mischievous ghosts.'

Vivi and Arthur laughed as some of the Deadbeats helped Lewis out and Rue was in a heap of giggles and laughter. 'We go for pizza and you two end up in a tickle fight. Again,' said Vivi.

Lewis let Rue up and she floated over to Arthur. 'He started it,' she said. 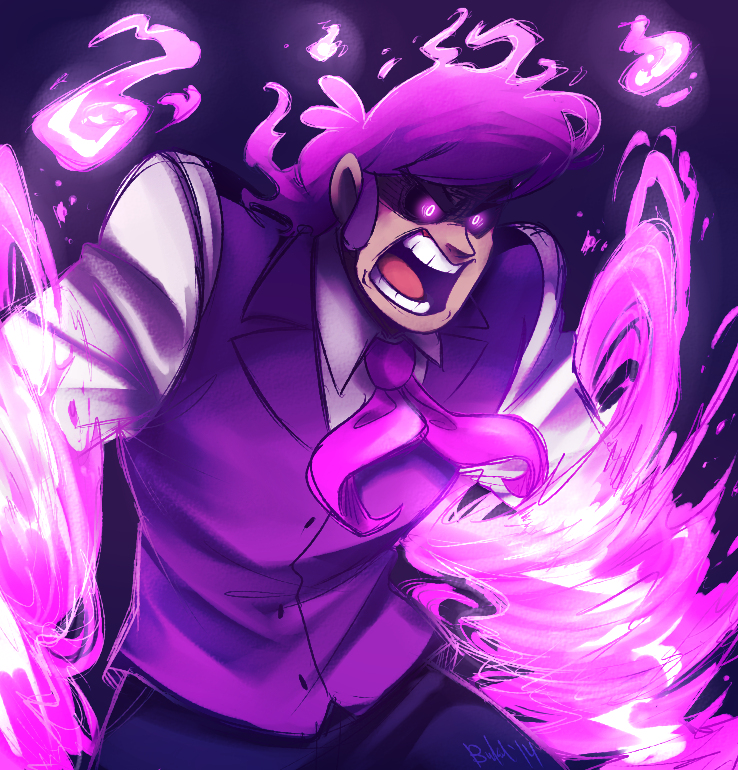 She let out a yip when she felt fingers playfully wiggle on her exposed ribs. 'Really?' Arthur asked, smiling as he stopped tickling her. 'You sure you didn't start it?'

Heading to the vast living room where a movie was about to play, the five members of the ghost-hunting team settled down on the couch. Rue looked up at Lewis hopefully and he chuckled. 'Okay,' he said.

Rue got in his lap and snuggled into the warm one-armed hug Lewis gave her as they started eating while the movie began.

'Lewis?' The green-haired girl whispered to him.

He turned to her. 'Yes, Rue?' He asked, lowering his voice to a whisper. 'Love you too, little sister,' he said to her sincerely.

She couldn't have been happier as she wasn't alone anymore, thanks to them.

Please leave a review, but no flames!